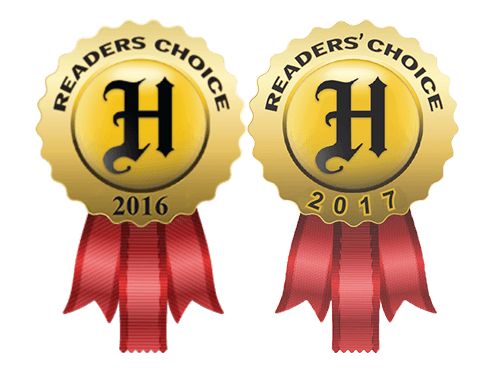 Welcome to the memorial page for

John E. Hiles passed away with his family by his side on the afternoon of Wednesday, December 28, 2016, after a hard-fought battle with brain cancer. His selflessness and love of life, his beautiful mind, and his courage and optimism (even in the face of cancer) will be sorely missed. He was a polymath, an autodidact, and perhaps the gentlest person any of us have ever known. We owe him so much.

Throughout his life, John nurtured a deep curiosity about life – personally and in those around him. He was an unassuming intellectual and a natural teacher. When he became interested in a subject, he learned as much as he could about it. He had a capacious memory for detail, a powerful intellect that could fathom any concept no matter how complex, and an uncanny knack for instantlycoming up with an apt analogy to clarify any situation.

John was born and raised in Hawthorne, CA. His parents were John M. Hiles and Helen M. Weinberg, and the attending physician at his birth was Dr. Fate. John liked to joke that he was “delivered into the hands of Fate.”

At an early age, John developed a love of astronomy. As an adult, he joined other amateur astronomers for “star parties” whenever he could and these trips formed the basis of family vacations to Canada, Hawaii, and the Southwest, as well as weekend trips up to Fremont Peak. He was once invited to use one of the large telescopes at the McDonald Observatory in Texas for a few hours. John loved showing people of all ages the night sky. He was always patient and accommodating and made sure everyone had a good view of the object he had in his telescope.

John attended Leuzinger High School in Lawndale, CA,and in addition to excelling in his classes, he was a basketball star there, winning many awards and graduating in 1964. At Leuzinger, John befriended Susan McCafferty. They became high school sweethearts and would know each other for the next 54 years, marrying in 1969.

Upon graduation from high school, John’s athletic ability and academic achievement drove his selection as one of ten athletes from around the US for the Prep All-American Basketball team. He played in college for the University of California, Santa Barbara, where he was awarded academic and athletic scholarships. He was voted Most Valuable Player on the UCSB frosh team andremembered having to guard Lew Alcindor (Kareem Abdul-Jabbar) when UCSB played UCLA. He graduated in 1969 with a B.A. in English literature.

John soon entered the software industry, where he would work for nearly 40 years, developing programs for industrial microcomputers, PCs, and very large mainframe computers. He led development of a wide range of software products, some with useful product lives of over two decades. In the 1970s, he worked for McDonnell Douglas and North American Rockwell in southern California while studying computer science on his own and at the Control Data Institute. Later that decade, he and Susan moved north to San Jose, CA, where John worked for Amdahl Corporation in Sunnyvale. Karen was born in 1977 and John Jason followed in 1980. In 1984, the family moved to Monterey where John held the office of Vice President of Engineering for Digital Research and, among other things, participated in Digital Research’s infamous meetings with IBM. In the 1990s, he formed two software companies in Monterey: Delta Logic and Thinking Tools(which earned him a profile in Forbes magazine in 1997). His companies produced simulation programs for education and training – sometimes in partnership with Maxis Corporation (creator of the “Sim” games) – on topics ranging from transportation, factory and refinery management, legislation, elections, international conflicts, and health care. As part of one project, John was invited to the White House during the Clinton administration to present his program SimHealth and discuss health care reform.

After leaving the private sector, John was a research professor for twelve years at the Naval Postgraduate School in Monterey where he taught on the computer science faculty and in the Modeling, Virtual Environments and Simulation (MOVES) Institute. His courses and research involved software agents and multi-agent systems in educational, analytical, and operational applications. He loved teaching and was excited to work with students from all over the world, forming close friendships with many of them.

Throughout his life, John traveled around the world, presenting his research and ideas at conferences and serving on advisory panels within the US and Canadian governments, the World Bank, and large international corporations. He retired from teaching in 2012 but continued with consulting work. He immersed himself in US patent law and worked as an expert witness in intellectual property lawsuits. John approached each case with ingenuity and thorough preparation but without cutting corners or sacrificing his high ethical standards.Judges relied upon his words and analysis in shaping their written opinions.

And finally, John was a beloved and trusted partner of the technology investment fund, Legato4k, where he served as Chief Technology Officer. His keen analysis and deep experience served the fund well in understanding the risks and rewards associated with each technology company he considered.

Amidst all this, John was a devoted husband and a warmand involved father. His love of learning and passion for knowledge were infectious; it is not surprising that Karen became a teacher and John Jason became a naturalist. John was very proud of his two children and always supported them in their endeavors. Family life was filled with visits to the Aquarium; music lessons and basketball camps; roadside geology on vacations through the Southwest; lively discussions at the dinner table about literature and politics; camping in national and state parks; San Francisco Giants and Salinas Spurs baseballgames; model trains; Mozart and Stravinsky; trips to Thunderbird Books or Borders on Saturdays; star parties; pelagic birding and whale-watching in the Bay; and family dogs. A Saint Bernard (named Falstaff) and a series of golden retrievers (Casey, Bailey, Annie, and Elsie) reveled in John’s warmth and hundreds of hours of playtime and companionship.

John is survived by his wife of 47 years, Susan; daughter,Karen (Andrew Oster); son, John Jason; grandson, KaiHiles-Oster; sister, Carol; and brother, Roger. We miss him terribly but we admire the full and rich life he led, and our lives were fuller and richer for having known him. He will live on in our hearts the rest of our days.

Many thanks for the wonderful care John received from the staff at Community Hospital of the Monterey Peninsula and from Drs. J. Rubin, Halamandaris, Feehan, Gray, and Nuttall.

In lieu of flowers, donations may be made to The John E. Hiles Scholarship Fund at Stevenson School, 3152 Forest Lake Road, Pebble Beach, CA, 93953.

A celebration of John’s life will be held the Unitarian Universalist Church of the Monterey Peninsula, 490 Aguajito Rd., Carmel, CA(Just off Hwy 1 in the forest) on July 22, 2017 at 1:30pm.

Please contact Bermudez Family at nick@bermudezfamilyfunerals.com or 831-324-0404 to RSVP or for questions.